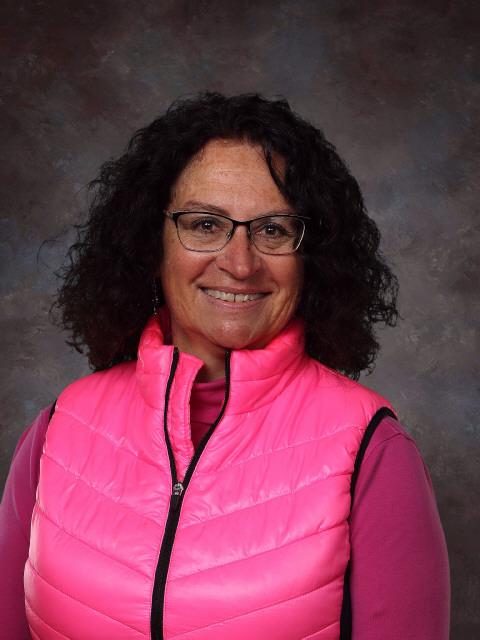 I came to Norwood Public Schools May 1, 2013, from West End Public Schools.  I worked at West End for 17 years mainly in transportation. During my tenure at West End I did have several different jobs that I performed. At one point I worked in the high school computer lab maintaining the computers by running virus scans, helping students that were sent to the computer lab, maintaining a weekly and monthly schedule for the lab.  I also worked in the middle school performing many of the same duties as in the high school computer lab. When West End had a charter school, I had a computer class where the classes worked with the different Microsoft Programs. A big project the classes completed each year was making the Regional Wrestling program for our state qualifying tournament.  The students solicited advertisements from regional businesses, parents, family, and friends and created ads for the tournament. The classes were able to raise funds that supported the class. We were able to purchase a large color printer to generate future programs. During this time, I had a daily bus route and drove many out of town trips. While working at West End, I had the pleasure of working with Mrs. Rasmussen and Susan Epright.

I decided that full time employment was what I needed so, I made the transfer to Norwood to work full time in custodial services.  The job is difficult at best most days but, I do find it rewarding and I am happy when I hear visitors to our campus tell staff the campus is the cleanest school they have visited.  I worked mostly in the elementary school. I enjoyed the staff and students immensely. Home game duty is certainly a challenge after working an 8 hour day but, I managed. I also drove some routes for the district and trips.  October 2018 found me transferred to half-time custodial and half-time transportation services. In this new position I find I don’t have to use my poor old body as much as I did previously; instead I must use my mind and be a problem solver in transportation.  I still sub bus routes as needed and drive out of town trips.

I have lived in the area for 34 years.  My husband, Larry, taught and coached at Nucla High School for 22 years after he retired from being a professional wrestler for 10 years.  Our oldest son, Tucker (Mrs. Rasmussen was his 4th grade teacher in Nucla) graduated in 2007 as Nucla’s valedictorian.  Tucker furthered his education at the University of Nebraska, where he was the starting HWT and qualifying for the NCAA tournament all 4 years.  Tucker received his MBA from The Citadel in Charleston, South Carolina. In November 2018 Tucker published a book, Love In the Time of Likes: A Rated R Romance.  My youngest children, Stryker and Mollie transferred to Norwood Public Schools in the fall of 2007.  Stryker graduated in 2009 as his class Salutatorian. After Norwood, Stryker traveled to Ithaca, NY to attend Cornell University.  During Stryker’s time at Cornell he also wrestled for 4 years at HWT. Currently, Stryker is in his 2nd year of teaching High School Social Studies at Manitou Springs.  Stryker is also an assistant wrestling coach and assistant track coach at Manitou Springs High School.  Stryker and Tucker are roommates in Colorado Springs. Mollie graduated from Norwood in 2010 as her class Valedictorian.  Mollie attended the University of Northern Colorado majoring in Journalism with an emphasis in public relations and advertising. Currently Mollie is married living in Rawlins, WY working for Swift Publications as a Customer Success Specialist.

I enjoy my job, students and, staff at Norwood Public Schools.